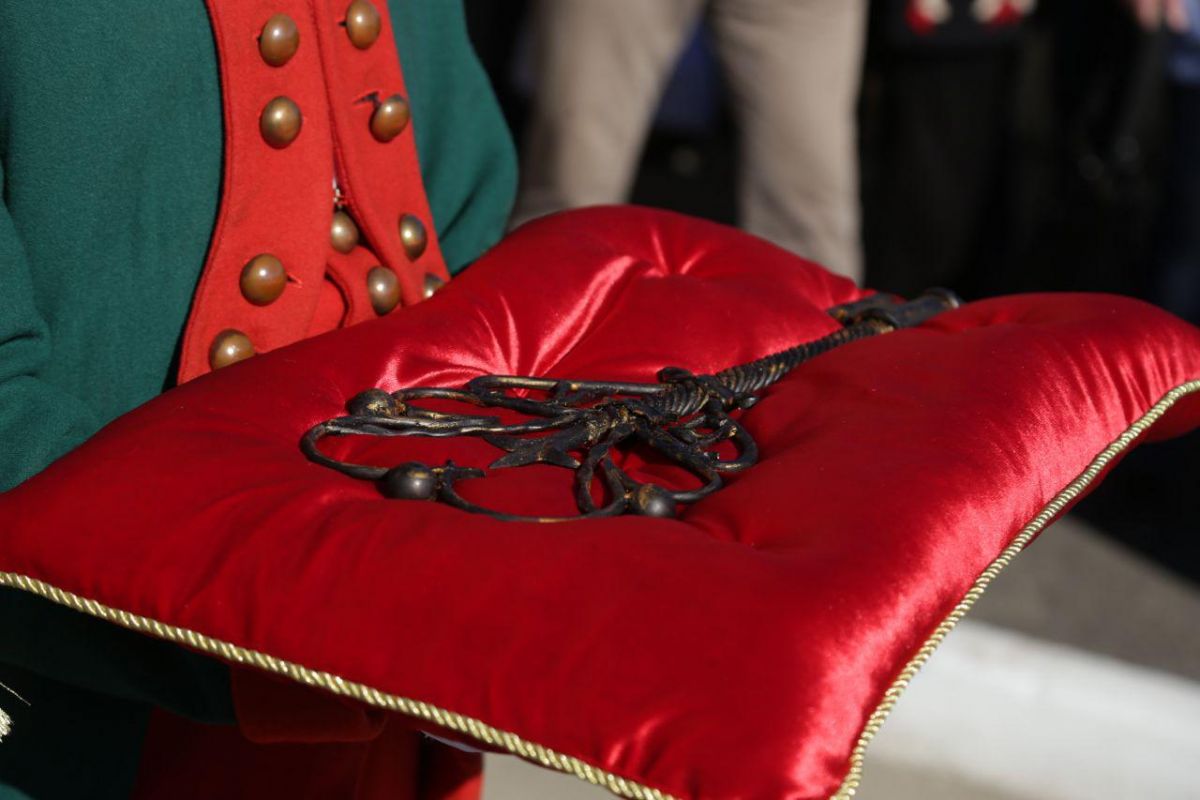 Today, the 610th anniversary of Bender at the territory of the fortress has been opened park of Alexander Nevsky. The symbolic key to the Tsargrad gate-the main entrance of the Park-was presented to the President of the PMR Vadim Krasnoselsky.

The head of state laid flowers at the bust of Alexander Nevsky and visited the Church service in the temple on the territory of the fortress together with the citizens and representatives of the state authorities. Then the President was introduced to various locations that were open to guests of the fortress.

Today exhibition hall opened its doors. There were 2 exhibitions. One of them is stationary, dedicated to soldiers-liberators.

The other is "Orthodox Transnistria" from the funds of the Pridnestrovian state art Museum, Bender higher art College, Tiraspol-Dubossar diocese and the Union of artists of Pridnestrovie.

As the head of state noted in an interview to journalists, the Bendery fortress will become a place for various holidays, festivals, historical reconstructions.

"Most importantly, residents of Bender, and residents of all Transnistria spent their free time. Of course, we will be glad to all tourists who come. This will be the Central place of the city of Bendery, I think, and the whole Republic as a whole. Everybody's welcome. The main thing is that we want to create good conditions for any person," said Vadim Krasnoselsky.

Work on the further transformation of the fortress will continue.

Deputy of the state Duma of the Federal Assembly of the Russian Federation Yevgeny Primakov shared his impression of visiting the Bender fortress. "It is noticeable with what love to the city, to the earth this Park is made. Built and exhibition hall, reconstructed citadel. It seems to me that there will be a lot of people here and not on the occasion of the opening. This is a place where you can come to feel the air of history, which went  through the Bendery, through this land. Now we remember a lot The Russian Empire – this is its frontier, its border, there were the most fierce wars with the conquerors-the Turks. Here history is felt as nowhere else. And so this place will be such a magnet for people who appreciate their history, culture and love their land," the Russian guest stressed.

The President personally congratulated and awarded with state awards to all who took an active part in the improvement of the Park of Alexander Nevsky. By the way, the award ceremony was held at the new stage of the fortress. It will continue to hold various festivals and concerts.

The holiday continued with the performance of the guard of honor and the orchestra of the General staff  of the armed forces of the Ministry of defense of PMR. 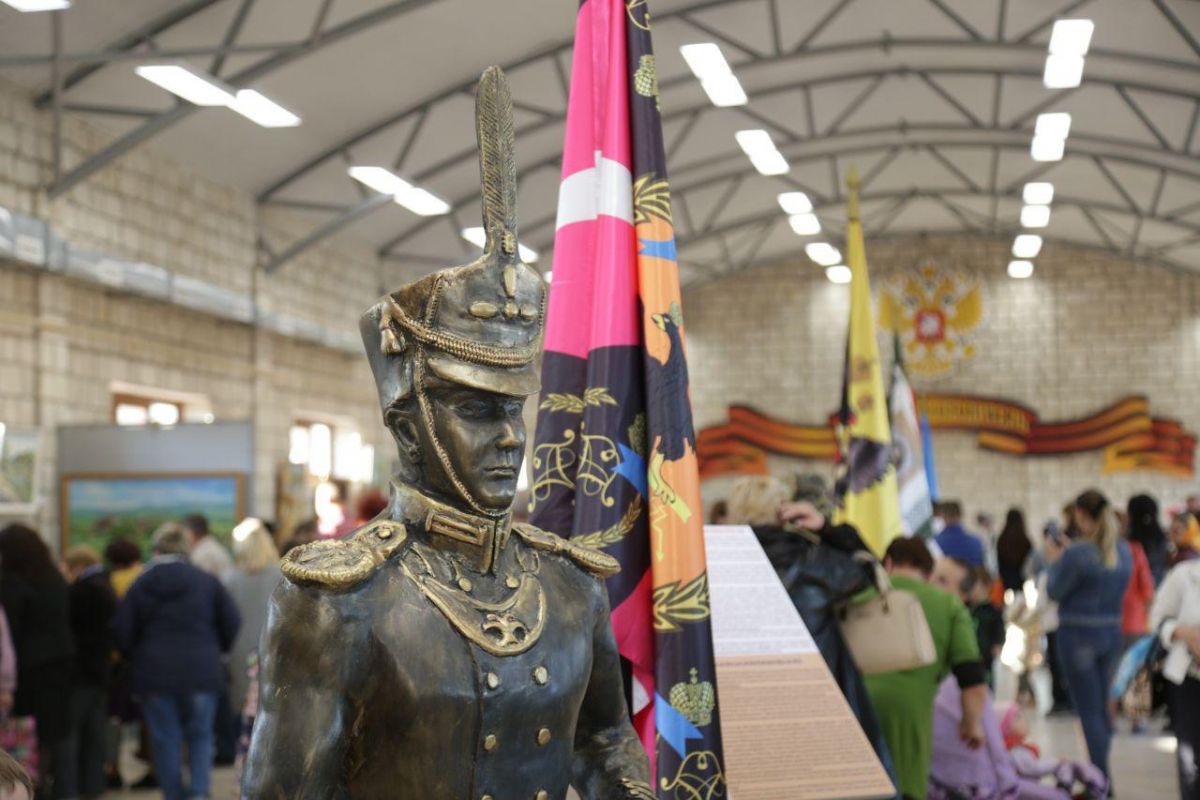 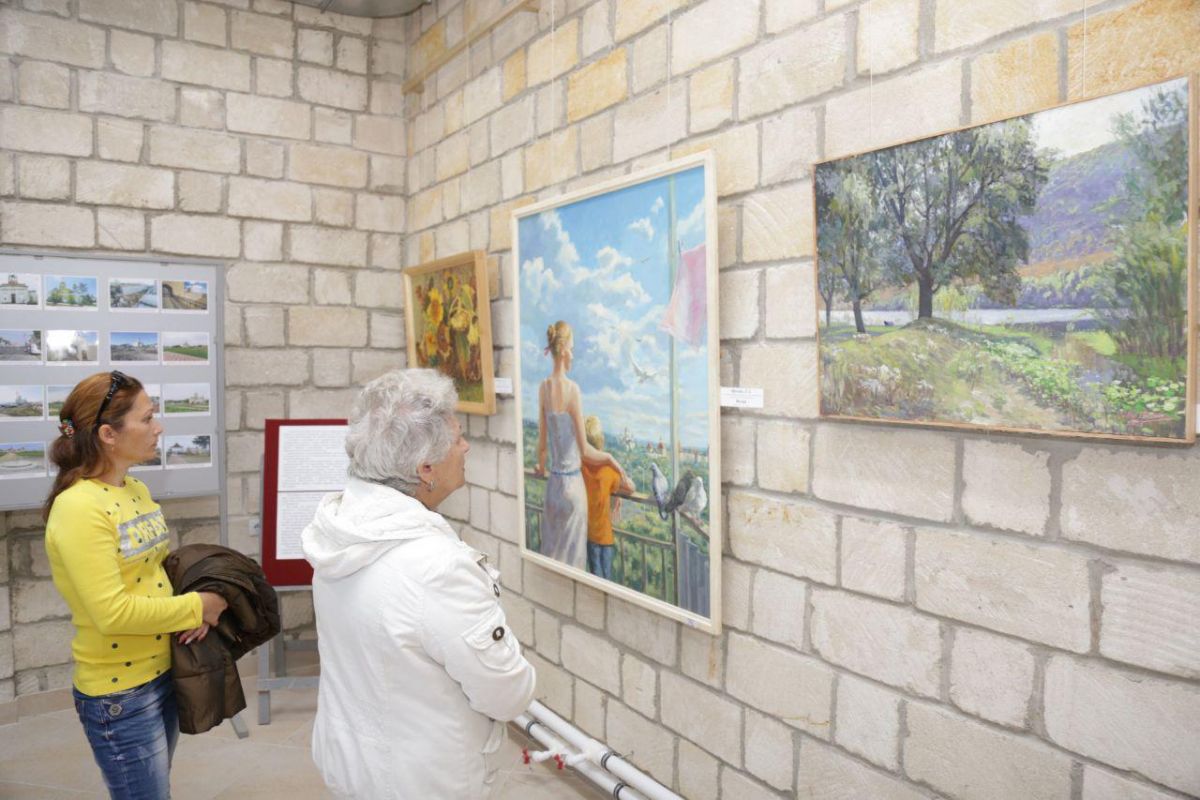 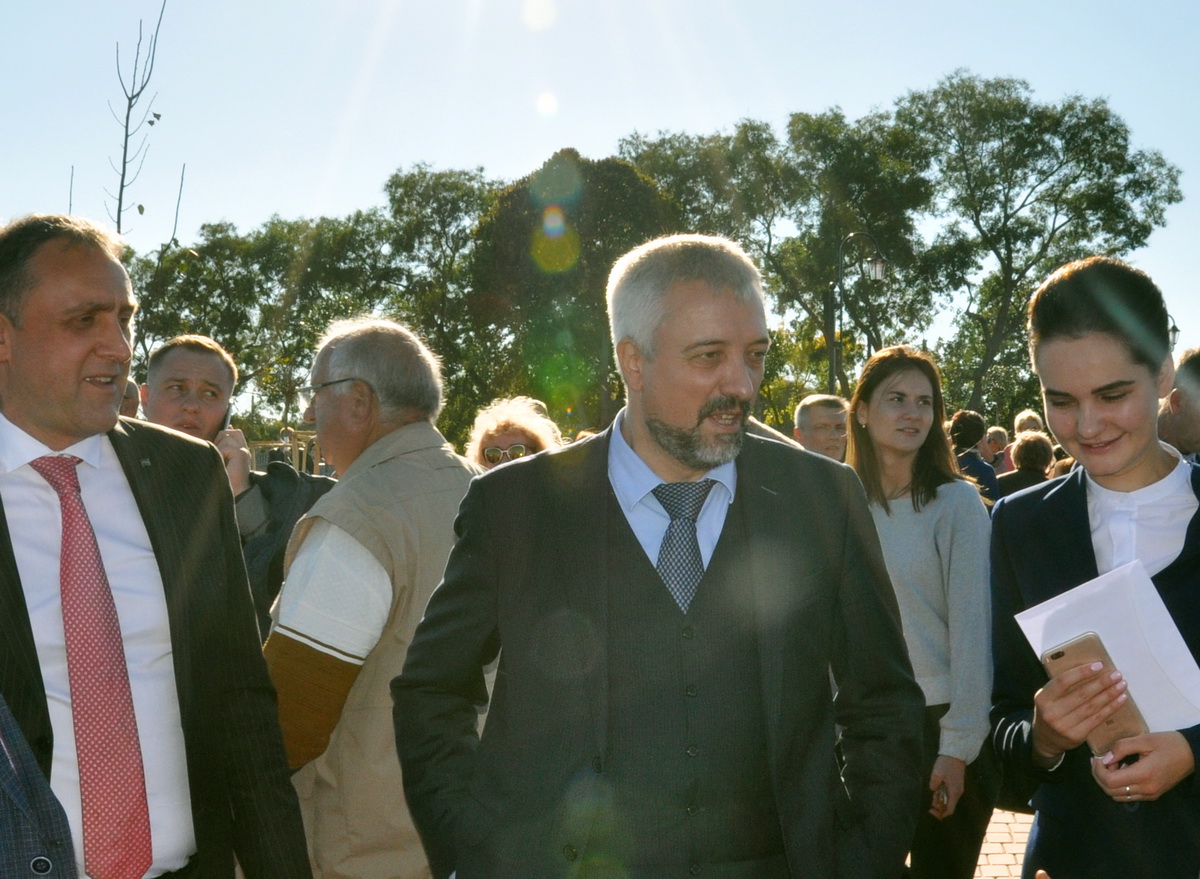 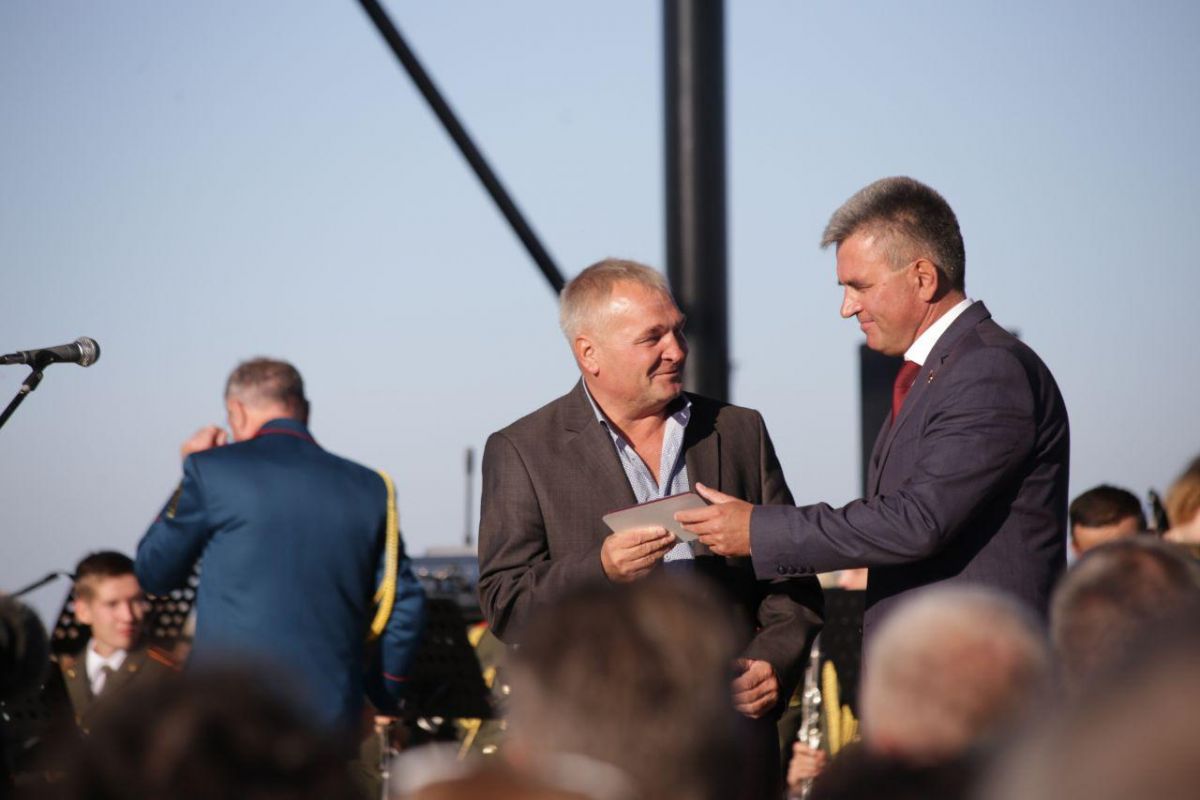 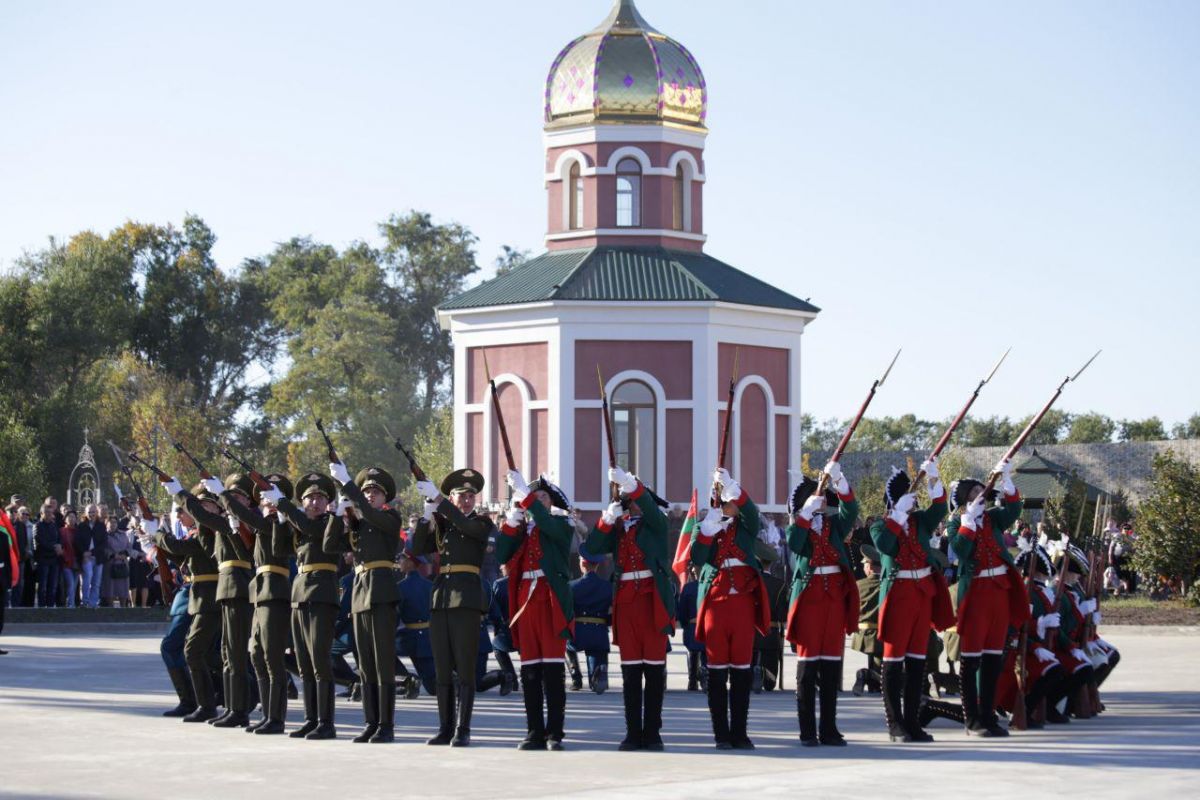