... The 55th Podolsky Infantry Regiment is honored in Bendery (PHOTO) ... The tradition of celebrating the regimental holiday on August 29 was revived in Pridnestrovie in 2017. The initiator was the PMR President Vadim Krasnoselsky, noting the merits and the relationship of the Podolsk infantry with today's peacekeepers.

The 55th Podolsky Infantry Regiment was formed 221 years ago on the shores of the Gulf of Finland; It received baptism of fire in the Russian-Swedish war during the siege and capture of the Loviz fortress. The soldiers distinguished themselves in wars with the Swedes, French, Turks, and Japanese, and participated in significant battles of the First World War. Podoltsy were stationed in Bendery three times, which is why it is here that they celebrate the regimental holiday. The leadership of the republic and the city, Russian guests, military personnel, clergy, and the public take part in it. The official part of the celebrations took place on the territory of the Military Historical Memorial Complex. Soldiers and officers of numerous regiments of the Russian imperial army, including the 55th Podolsky, are buried here. The Archbishop of Tiraspol and Dubossary Sawa serviced at the chapel of the image of the Savior Not Made by Hands in memory of the fallen soldiers.

Opening the official part of the solemn event, the PMR President Vadim Krasnoselsky noted that by honoring Podolsky today, Pridnestrovians pay tribute to the Russian Warrior, in historical sense. They are talking about a soldier of the imperial army, a Soviet soldier who liberated many nations from the Nazi plague, the defender of Pridnestrovie and the current peacekeeper. All of them are descendants of the heroic foot soldiers of the 55th Podolsky regiment, Vadim Krasnoselsky said. “Today we honor the Defenders of the Fatherland, those who to this day commit their military feat,” the President emphasized. The President focused on the careful and respectful attitude of Pridnestrovians towards history, noting that due to preserving memory and preventing falsification of history, the Pridnestrovian people have the right to the future. “We have something to pass on to our descendants. We show everyone that we must not forget the past, how to protect history”, said Vadim Krasnoselsky.

After a brief rally and lithium, the participants laid flowers at the Orthodox Cross and in a large column went by procession in the streets of Bendery. They stopped at the monument of Russian military glory. The obelisk, made in the form of an eagle with outstretched wings, is directly related to the Podolsky regiment. After the solemn march, citizens of Bendery and guests of the city went to Alexander Nevsky Park. A concert of Orthodox music was held in the temple of the same name, which was presented by the Pridnestrovian State Choir.

The secular part of the celebration of the regimental celebration was continued by a concert program in the open area of the park. They recalled the history of the 55th Podolsky Infantry Regiment, the exploits of its representatives - ordinary soldiers and legendary military leaders. The celebration ended with a traditional salute. 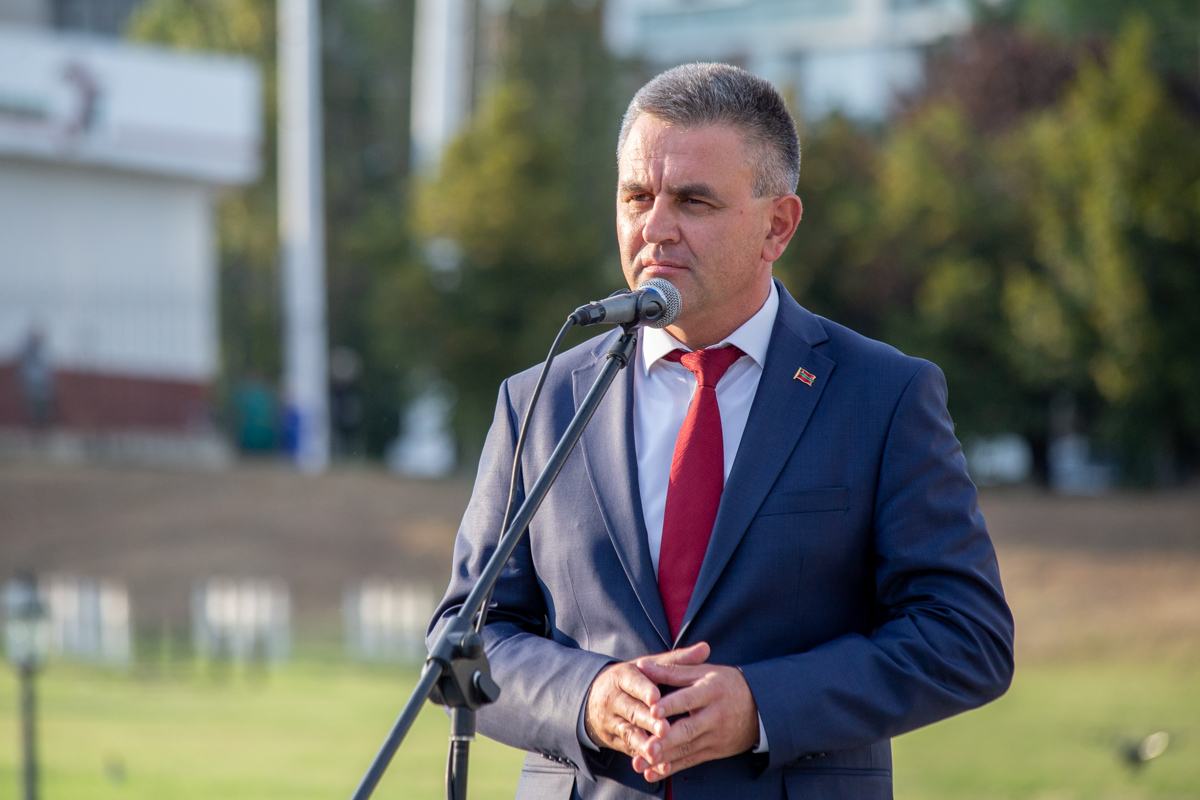